A Source of Interest-free Loans in the Ottomans: CASH WAQFS

In Ottoman society, a solution was sought and found for the credit needs of the people: Cash waqfs.
3.08.2022

In Ottoman society, a solution was sought and found for the credit needs of the people: Cash waqfs.

Almost all public services in Ottoman society, from education to health, were carried out through waqfs. Among them were some very significant ones. Cash waqf was one of them.

The needs of people are endless. It is not always possible to find cash to meet these needs. For this reason, the qard (loan) contract has become legitimate. Giving a loan to the needy has been seen as a good deed.

However, the lack of money in the society on the one hand and the fact that the lenders often became victims of unpaid loans on the other hand made it difficult to implement this contract. Riba (interest) is prohibited. It has become almost impossible to expect people to lend money for the sole purpose of acquiring sawab (reward or religious merit) from God. 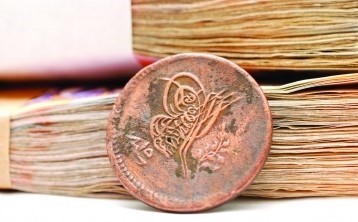 A solution was sought and found in the Ottoman society, the last place where Islamic law was duly implemented: Cash waqfs (waqf al-nuqud). In the cash waqf, a certain amount of money was donated and increased in various ways. Thus, the credit needs of the individuals were met with the capital of the waqf, and its income was spent on charity.

Cash waqfs represented a government-controlled money market. Awariz waqfs established to compensate for the damage caused by unexpected disasters or to cover sudden taxes and "Orta Sandığı" (Common Funds) established by janissaries, tradesmen and eunuchs for loans and pensions were all cash waqfs. Thus, they served not only as sources of credit but also as a social insurance. At the same time, it provided a legitimate alternative that prevented usurers from exploiting the people.

According to Imam Abu Hanifa and Imam Abu Yusuf, in the Hanafi madhhab, which is the official madhhab of the Ottomans, cash waqf is not permissible. Since, according to these two imams, only immovables and movables with a nass (explicit statement within the Quran or hadith upon which a ruling is based) regarding their endowment can be used as waqfs. According to Imam Muhammad Shaybani, the third pillar of the madhhab, immovables whose endowment is customary among people can be used as waqfs. This is the case for cash waqf. Zufar ibn Hudhayl, the fourth imam of the madhhab, also clearly gave permission to the cash waqf.

Custom Is the Judge

The oldest known of the cash waqfs dates back to 1423. In Edirne, Yağcı Hacı Muslihüddin donated 10 thousand akçe (chief monetary unit of the Ottoman Empire) as a waqf and stipulated that 3 people who recited the Quran every day at the Kilise Mosque be given 1 akçe each from its income. The income of the cash waqf established by Mehmed II (Fatih Sultan Mehmed) was allocated to meet the meat needs of the janissaries.

Cash waqfs, which are understood to be Ottoman inventions, were established in Rumelia (the Balkans) as a source of income for charitable works. In this period, cash waqfs were so widespread that the salaries of professors and imams in most waqfs were covered from these. Sultan Bayezid II put the following condition in the waqf of the madrasa he had built in Istanbul: the Sheikh al-Islam should receive a fee from the cash waqf in return for giving lectures one day a week.

Sheikh al-Islam Said Chalabi personally established a cash waqf. He stipulated that the profit of the waqf be given to two Dar al-Qurra (Quran recitation school) students who recite a Juz (one of thirty parts of Quran) every day at the graves of his parents. In addition to meeting the credit needs of the people, scholars were also financially supported through cash waqfs. 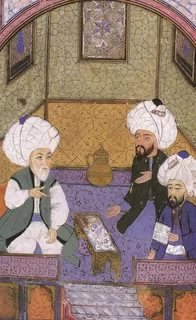 During the reign of Suleiman the Magnificent, a dispute arose between Çivizade Muhyiddin Efendi and Ebussuud Efendi about these waqfs. Çivizade was dismissed from his post after he served as Sheikh al-Islam for 3 years since his offensive words against Muhyi al-Din Ibn al-Arabi and Mawlana Jalal Al-Din Rumi were not tolerated in the presence of the sultan, who was fond of Islamic Sufism and walis. He was the first Sheikh al-Islam to be dismissed from his post.

Stern and conservative, Çivizade succeeded in forbidding cash waqfs during his Kazasker service, saying that the view of Imam Zufar ibn Hudhayl was weak. Kazasker was a member of the Imperial Council and had executive power. Thereupon, Sheikh al-Islam Kemalpaşazade and his disciple Ebussuud Efendi each wrote tracts on the permissibility and benefits of cash waqfs. Çivizade also wrote a tract and replied to them.

Sofyalı Bâli Efendi, who was educated in Istanbul and was also a Khalwati sheikh, wrote letters to the sultan of the time, Suleiman the Magnificent, Çivizade, and Şah Çelebi, who was the leading disciple of Çivizade. He explained that a fatwa was given to the cash waqf, which had been going on for centuries, in line with the needs of the time, that the sultan of the period also accepted this and it was not possible for the ulama (Muslim scholars) to agree on a mistake for three centuries.

Faced with such opposition, Çivizade asked for a fatwa from Fenarizade Muhyiddin Çelebi, the Sheikh al-Islam after him. Fenarizade, who had retired in those days due to old age, said, " Many madrasas, mosques, schools and soup kitchens were established thanks to cash waqfs. If this is not allowed, they will all fall apart. Those who work here will also face financial difficulties. Even the non-Muslims will condemn you. Would it be appropriate for such a misdeed to occur in your time of duty? To date, the ulama have allowed the cash waqfs. About ten thousand waqf certificates have been approved. As if none of them had known the truth other than Çivizade?" However, Çivizade did not give up on what he thought was right.

Despite being a Sheikh al-Islam, Ebussuud Efendi did nothing but criticize this act of Çivizade with a scholarly work. No one asked Ebussuud and Bâli Efendi, "How can you criticize such a legal prohibition?". Those who thought and said the opposite of this prohibition were not discredited, let alone prosecuted. This is a perfect example of freedom of thought and tolerance in Ottoman social and political life.

Finally, in 1547, when Çivizade died, Ebussuud Efendi presented his fatwa on the permission of the cash waqfs to the Sultan after negotiating the issue with the leading scholars of the period, including Rumelia and Anatolia qazaskers and after obtaining the consent of all of them.

The fatwa was declared as a law in May 1548, following the Ottoman legal tradition with an edict. The fact that such an attempt was not made while Çivizade was alive must have been a result of grace, not because of fear of him. Since the Sheikh al-Islam is superior to the Kazasker in rank. 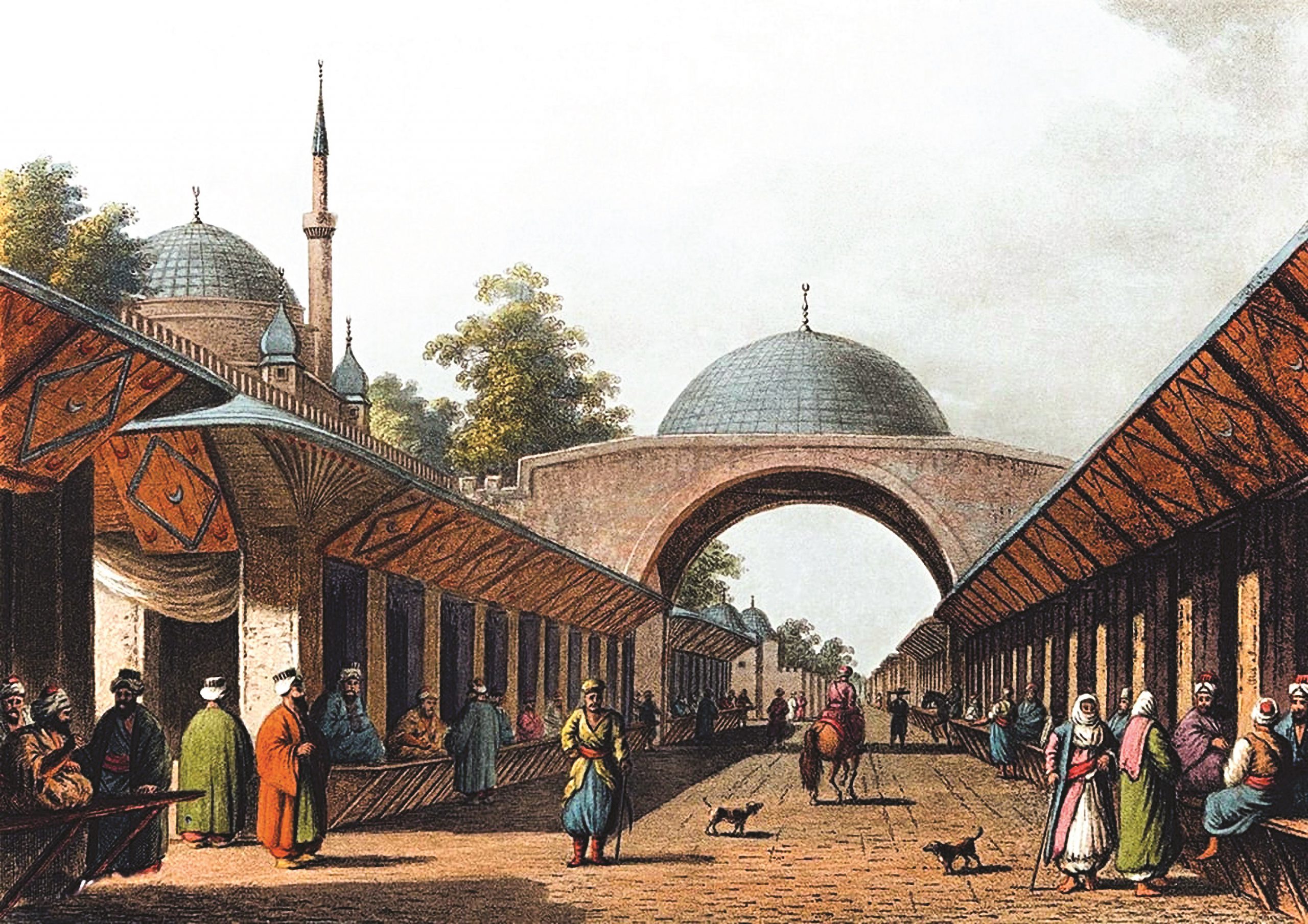 The dispute was not over, however. This time, Birgivî, who lived in a remote Aegean town far from the needs of the big cities, wrote two tracts against cash waqfs. He criticized both the condition of the cash waqfs and the ways these funds were run. However, Birgivî's disapproval did not affect the implementation and cash waqfs continued to exist until the end of the Ottoman Empire. There are almost 5 thousand cash waqfs records in Istanbul Sharia Court Registers.

Most of the cash waqfs gradually ceased to exist over time due to non-payment of debts or inflation. The total amount of cash waqfs in Istanbul during the Constitutional Monarchy era was worth 60-70 thousand gold liras. These funds were seized upon the proposal of the Minister of Awqaf, Ürgüplü Hayri Efendi, during the period of the CUP (Committee of Union and Progress) and capital was invested in the Awqaf Bank, which was established in 1914. However, the bank could not operate due to the war.

This money, which amounted to 190 thousand liras in the Republican period, was transferred to the General Directorate of Foundations and a part of the capital of Vakıfbank, which was established in 1954, was met with this.

Cash waqfs are organized in three ways. Bida'a are waqfs in which the entire profit belongs to the capital owner. Mudarabah is a labor-capital partnership in which profits are divided according to the agreement. However, these two methods are risky as funds may go bankrupt.

Therefore, a safer or more advantageous method has been applied. It is called muamala Sharia (Sharia-compliant finance). Here, the person who needs a loan is given the money he wants as qarz. In addition, a cheap item such as a pen, handkerchief or a book is sold at a high price on credit. This surplus is called interest; however, this is not riba forbidden by the Sharia.

The rate of this surplus is determined by the government according to the money supply. It was determined as 10% during the reign of Suleiman the Magnificent, 15% during the reign of Abdulmejid I and as 9% with the 1887 Murabaha Law. It is understood from the court records that the qadis (Muslim judges) did not allow the interest demanded without application of muamala Sharia.

In the last period, Ottoman banks were also working according to this method. For example, the teller, as the representative of the owner of the bank, would sell a pen or a watch or (mostly) a book on credit for 9 liras to the person asking for a loan of 100 lira, then lend the desired amount as a loan, so that the customer would owe the bank 109 lira.